Is crypto the new dot-com? 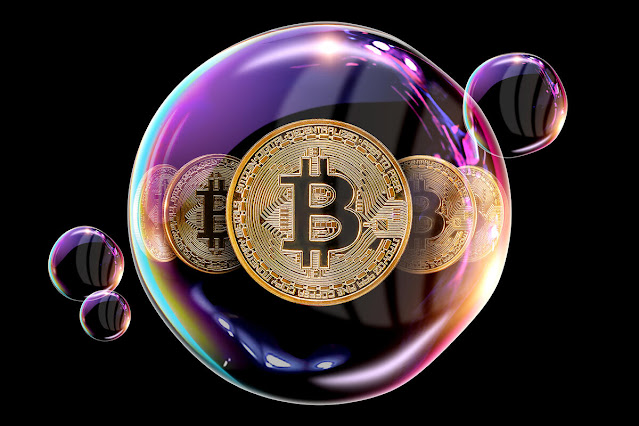 (Source: https://www.shutterstock.com/g/MarkoAliaksandr)
The idea for this post came from Molly White’s blog partly because of the FTX collapse, but also because I have memories of an eerily similar era...
Molly White could not have experienced it (she is too young), but I did: the year was 1999 and we were at the height of the dot-com bubble. At one point, it became so crazy that companies without any revenue, and questionable (and unsustainable) business models, were able to do an IPO (Initial Public Offering) and the investors lapped it up. By 2001 the bubble had burst and the blame game started. Who was to blame? Well, as it turned out, VC’s and investment banks were not exactly innocent. HBR has a nice post-mortem on the whole dot-com bubble; they could not have been more precipitous with the statement:

“Which brings us to the real culprit: the capital markets. Venture capitalists bear a marked responsibility for the dot-com disaster, as do the investment banks and brokerage houses that hyped dot-com shares. And behind all three stands the Federal Reserve.”

Clearly observable was how the money, that the dot-com’s raised, was spent:

“Some early-stage start-ups were offered tens of millions of dollars, of which more than 90% was ear-marked for mass-media advertising. Because the investment community threw so much money at the dot-coms and was so impatient for large returns, entrepreneurs often had no choice but to toss fiscal responsibility out the window.”

I’m not saying that there were no bad apples, there were plenty, but I’m trying to draw a direct parallel between the dot-com bubble and the crypto-bubble because it has all the same hallmarks: from how money was raised, to how it was spent.
If we look at the start of the crypto-bubble, we have to go all the way back to the pre dot-com era and Netscape - the company founded in 1993 by Marc Andreessen and Jim Clark (of SGI fame). Marc at that point was a young software engineer best known for the Mosaic web browser.
It took Netscape all but two years to be listed on the stock exchange, and this IPO marked the beginning of the dot-com era. From then on, Marc was a very wealthy individual but Netscape only lasted about four years after it became clear that there just wasn’t money in the standalone browser business or their server products (Microsoft gave its browser away for free) and Netscape was acquired by AOL (this by itself is an interesting story).
Fast forward to 2009: after investing for several years as a business angel in various start-ups, he founded Andreessen-Horowitz, a venture capital firm. Then in 2014 he penned his vision for bitcoin in the New York Times. The article didn’t age as well as he would have liked - there are countless paragraphs that we would look upon with suspicion today, for example, he wrote:

“The criticism that merchants will not accept Bitcoin because of its volatility is also incorrect. Bitcoin can be used entirely as a payment system; merchants do not need to hold any Bitcoin currency or be exposed to Bitcoin volatility at any time. Any consumer or merchant can trade in and out of Bitcoin and other currencies any time they want.”

In reality, most of the bitcoin payments appear to be for illicit activities as reported by the ECB. And it certainly hasn’t addressed this problem he wrote about:

“Credit card fraud is such a big deal for merchants, credit card processors and banks that online fraud detection systems are hair-trigger wired to stop transactions that look even slightly suspicious, whether or not they are actually fraudulent. ”

This article in 2014 might as well have been the starting point for what we today call the crypto-bubble. Since that time, Andreessen-Horowitz has raised money for not one but four crypto funds for a total of $7.6 billion, money that was plentiful in a low-interest rate environment which was derived through quantitative easing, itself an outcome of the financial crisis of 2008/2009 which ironically, is cited as the reason why bitcoin was started in the first place. But the real irony is that Andreessen himself has emerged from the dot-com bubble with a failed business. To be clear: I’m not saying that Netscape didn’t have a significant impact on how we use the Internet today, but I am saying that Netscape was not a sustainable business and only lasted 4 years, propped up with VC money and the capital it raised through the IPO.
While VCs, such as Andreessen-Horowitz have funded a multitude of crypto startups, crypto startups themselves have a new way of raising money in the form of ICOs or initial coin offerings. These were enabled through another blockchain: Ethererum. With Ethereum, anyone can create their own “currency” in the form of tokens or coins. This is the IPO equivalent of the dot-com bubble. ICOs allowed companies to raise enormous amounts of money (> $16 billion) and instead of receiving equity shares of a company, investors would receive tokens with some utility.
The crypto-companies that have successful ICOs can survive simply because of the money they have raised - but I have not come across a single business or company in the crypto space that has shown a sustainable business model that could outlive the money they have raised (a short-lived exception could be companies that provide the “shovels”).
In fact, coming back to how money was spent during the dot-com bubble on advertisement, it’s notable how crypto companies have been advertising through Hollywood and Sports sponsorships (> $2.4 billion) and managed to capture small retail investors everywhere in the world, who are now paying the price.
This brings us full circle to Molly White’s blog; It too, had a parallel in the dot-com area and there were similar voices, in particular f*ckedcompany.com, listed defunct Internet companies in a very similar fashion to how Molly lists them.
I would close this post by simply stating that blockchain is an interesting technology that has yet to find a problem to solve but should not be confused with sustainable business models. But there is little doubt in my mind that the technology has its place, and maybe some of the crypto projects we see today will survive the crypto-crash and provide great value to society sometime in the future. But for now, cheap money and greed has created a tulip-mania like bubble that we haven’t seen since the early 2000s and instead of solving problems, the crypto industry is creating them.