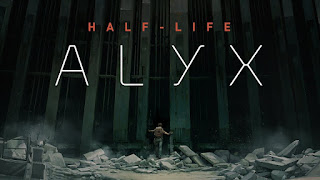 I have seen the future of VR and it is Alyxellent! We have been toying with VR for like the last two years. And we got some interesting experiences out of VR, for example, BeatSaber has become my exercise routine. However, so far, I have not seen anything that would have given me this “wow” experience that VR had always promised. BeatSaber is great, I absolutely love it, but it is a one-dimensional experience that is akin to something you would play at Arcades. In short, not unlike Space Invaders, just a lot more physically demanding. So here comes Alyx – Alyx is a prequel or sequel (I am not sure) to the Half-life game series that have been popular in the early 2000s. Now for full disclosure: I have always been a fan of half-live and I could have written the same article 17 or so years ago by pointing out how half-live has changed the game industry (literally). So, it is with some excitement that I can proclaim that another title of the half-life series is changing the
Post a Comment
Read more
More posts