Is Web3 the new world order, or just utopia? 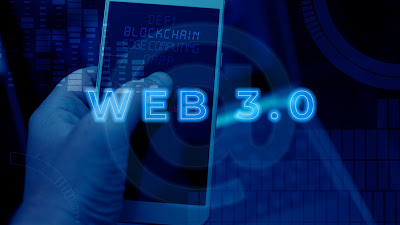 As it is with all technological change, every industry must understand, assess, and prepare to incorporate the “new” with the existing. The payment industry, which is undergoing almost constant change, is no exception to this rule. But to understand this change, we must start at the beginning – with Web 1.0 or the “static web”, so called because you would load all the data at once from a web server. This would start to change at around the turn of the millennia with Web 2.0.

In 1999, Microsoft experimented with what later would be called “AJAX” (Asynchronous JavaScript And XML), which was an enhancement to its web browser so that it could asynchronously pull data from the web server without refreshing the whole page. This enabled websites to become more interactive and behave more and more like applications.  It was this underlying technology together with Javascript frameworks that enormously simplified content creation and self-publishing, and ultimately gave rise to social media platforms (with a slew of other technologies that emerged in the same time frame – notably HTML5, noSQL databases and server-side scripting). Today, we look at Web 2.0 and no longer think of it as powered through evolutionary technology, but there is a clear relationship between the advances of technology and the use cases that were derived from it. Among other things, it has allowed big platform companies to centralize a lot of general-purpose Internet activity – be that Google for search, Facebook for social interactions or Netflix for Movies. In many ways, Web 2.0 is a successful technology push.

Web3 also talks about technology, mostly distributed applications that are running on blockchain and the possibility of decentralized autonomous organizations (DAO’s). This today manifests itself in the world of DeFi (Decentralized Finance), where you can do financial transactions without needing a bank. It is the fact that it’s not centrally regulated and supposedly distributed without central governance that could lead to broader applications that would remain unregulated. At the core of this, is the desire to remove central controls (to decentralize) and give the power back to the people. Similar to how bitcoin was a reaction to the financial crisis in 2008/09, this feels like a reaction to the big tech players and governments that have started to centralize our digital lives.

Vitalik Butherin himself talks about the need for decentralization in his paper: “Decentralized Society: Finding Web3’s Soul”. In the abstract, the paper states:

“We call this richer, pluralistic ecosystem “Decentralized Society” (DeSoc)—a co-determined sociality, where Souls† and communities come together bottom-up, as emergent properties of each other to co-create plural network goods and intelligences, at a range of scales”.

“With such augmented sociality, web3 can eschew today’s hyper-financialization in favor of a more transformative, pluralist future of increasing returns across social distance”.

He later tried to clarify in a Fortune article that he is not at all in favor of the “bored Ape”‡ phenomena and thinks too much effort has gone into DeFi. In short, he seems very idealistic about the future of society and would like to see the next version of Ethereum, which is more sustainable, play an equalizing role shaping such a society.

But this generated several thoughts in my mind. First off: what interests me is the question of human nature in all of this. I would argue that the Web3 camp is looking at technology as something of a savior and believing that we had to address the technology to address human nature. But the reality at the moment is that most things running on Ethereum are “make a quick buck” schemes, very much in line with how Wall Street Day Traders operate and less so with how a pluralistic society could participate in and benefit from these activities.

Which brings me to another perspective of decentralization that comes from the mind of Tim Berners-Lee (yes, that one) who is looking to solve decentralization with existing technology and while he also pushes technology, he has a stark warning for blockchain aficionados: “When you try to build that stuff on the blockchain, it just doesn’t work,” as pronounced in a recent interview. While his approach is not exactly novel, it is in the public domain and certainly addresses the idea that end users retain control of his or her data – which also aligns with the decentralized interests of the blockchain enthusiasts and is the whole point of Web3.

While we don’t know what specific challenges Tim Berners-Lee sees with blockchain, I would like to give an insight into how complex the blockchain actually is through the eyes of Marcel Waldvogel (English/German) in his series of reports but also particularly, his recent Web3 expose in which he compares the decentralization of Web3 with the peer-to-peer networks that first saw the light two decades ago and have long since disappeared. His main argument is that, even with such an approach, there will be much more complexity and thus it still requires governance (in the form of gateways) to maintain such a decentralized system.

To finalize, I’m making the case that Web3 and taking back control of data, is technology agnostic – the real issue here is human nature, precisely because there are incentive schemes at work that go against the idealistic beliefs of a pluralistic society.

My personal belief is that Web3 will not be based on blockchain or crypto, because:

- There are enormous complexities and efforts that come with it

- There are much simpler technologies to address it

- It’s a matter of regulation, because the wild west profit incentive that is happening right now with “bored Ape” and DeFi, as well as big tech’s appetite for personal data, and protection of people’s privacy are the real issues.

I’d like to end this exploration and opinion piece by simply stating the obvious: not all technologies make sense.